It’s easier for relationships to crumble today. With so many external factors to contend with, many couples now struggle to keep the pace with the addition of social media. In this insightful composition, follow along as our guest writer underscores why social media ruins relationships. You’ll get to decide if your relationship has been negatively affected. We welcome your thoughts in the comments.

Kim, who connected with a stranger on Facebook, slipped into a precarious situation. Not only did she cheat on her boyfriend of four years, but she was now pregnant and in hot waters. Her boyfriend remained oblivious to the betrayal. How will Kim rectify this predicament? She opted to trek the selfish route – leave her boyfriend so as to not admit to the social media affair. That’s a dangerous path to travel, Kim.

The aforementioned experience, shared with the #WheresMyTea mini talk session hosted by a YouTube hair and makeup vlogger, is not an isolated issue. Countless illicit relations stem from social media connections.

Yes, social media makes it easy to connect with others, but it can be a snare, especially for relationships.

In this tidbit, I outline six reasons why social media ruins relationships and how you can better use your time to build on what you have with your spouse offline.

Let’s start with the obvious. Social media can ruin your relationship because it’s time-consuming. Between the frequently updated statuses and endless scroll functionality, you’re robbing your mate of precious, quality time.

On average, users dedicate at least 2 hours per day on social media. For teens, an average of 9 hours per day is spent doing absolutely nothing.

For social media addicts, the average time spent for users would definitely increase.

Sure, there are 24 hours in any given day, but think about all the activities you’ll otherwise be engaged in. Do you or your mate work secularly? That’s already 8 – 10 hours spent away from each other.

Your body needs rest and that involves sleep. That’s another 6 – 8 hours gone from your 24 hours.

We’re down to 8 hours. You likely commute back and forth for work. How long does that take? Preparation is also essential – which includes a shower, breakfast, and the list continues.

How many hours do you have left?

When you calculate everything that needs to be done throughout a 24 hour day, you’ll come to realize that 2 hours every day on social media is a lot. It definitely robs your relationship of quality time that should be spent discussing plans and goals with your spouse.

When you spend more time communicating with strangers or friends on social media than you do with your mate, your relationship may weaken and suffer a terrible blow.

What can you do to prevent social media from consuming your time?

Limit how many hours you spend on each platform daily. Is it of absolute importance to scroll for hours looking at videos and photos of people who you don’t know and could easily pass along the road?

Instead, why not use those hours to make plans with your mate or settle a festering dispute?

This is just one of the many reasons why social media ruins relationships.

Couples Spend More Time on Social media, Even When Together

You’ve likely had to tell a friend – or be told by a friend – to put their device away. It is true, even while in the consorts of others, people spend more time on social media. Frankly, it’s downright rude.

But, since we’re talking about online platforms and why social media ruins relationships, let’s look at how it could draw you away from your mate.

What you pay attention to shows your priority, where your interest and heart are. If you jump to every notification on your newsfeed when on a date with your spouse, it indicates that what’s happening on your Twitter stream or Facebook feed is more important than the bond you’ve forged.

It’s best to dodge your device outright, especially when the day is dedicated to your mate. It creates fewer problems, dignifies your mate, and doesn’t ruin your relationship.

Social media is all about posh and pretense. Users put out the best of them, even if it entails staging a scene.

Yeah, you may have seen those extravagant videos and photos of braggarts snuggled with their Limited Edition Bugatti Veyron, right? Or, you may have noticed how Rhonda and Mike have the best relationship. Aren’t they as cute as a bug? I’m sure you get the point.

Their life seems sweet and extravagant, right? If you’re not careful, you could compare the relationship you have to the ones being flaunted on social media.

Rhonda may post how often Mike greets her with her favorite bouquet or how he expresses his love daily. Why isn’t your spouse bringing you flowers and why isn’t he saying ‘I love you’ 24/7?

These comparisons could make your relationship bitter and unhappy.

What you see on social media isn’t always the case. People reveal what they want you to know.

Sure, Rhonda’s spouse brings her flowers every day, but that’s quickly after beating her to a pulp. “The seaweed is always greener in someone else’s lake”. Be careful not to feed your eyes and heart with poison, only to throw a fit at your mate because what they do does not correlate with the relationships you admire on social media.

What can you do to prevent social media from ruining your relationship?

Get off social media and appreciate the relationship you have. Not everything that glitters is gold.

If you’re not happy with what you’re getting, communicate with your mate and work at improving things, but never compare your relationship with what’s happening on social media, period.

Social media syndrome is real. This situation goes beyond an addiction. Have you ever felt annoyed at someone who’s trying to start a conversation with you because you’re too hooked on what’s happening on social media?

Do you snare at your spouse because they’re trying to get your attention while you scroll through your Facebook news’ feed?

Social media usage can make you irritable, especially when you’re trying to focus on what’s happening online but your attention is being diverted.

How can social media ruin your relationship in this way? This can play out in two scenarios.

Either way, social media addiction is a recipe for disaster for any couple; another classic reason why social media ruins relationships.

Let’s get this out in the open: people don’t need social media to cheat.

However, it’s best to eliminate platforms or situations that could cause a compromise.

Social media is just that – a compromise. It makes it dead easy to connect with people. That’s what happened to Kim from the outset of the article. She started interacting with some random guy’s photos on Facebook, and soon enough, they were communicating privately. Less than a month later, they were having sex, unprotected at that!

The entire scene was set on social media. It facilitated her undoing.  Like Kim, you may not have intended to cultivate a romantic interest on social media, but that doesn’t mean it won’t happen.

It’s easy to throw your problems out there for an audience and social media readily accommodates that.

Kim, whom we introduced from the outset, will now mother a child and will likely lose her mate of four years. It’s not worth it. Protect your relationship by using social media wisely.

Do you see why social media could ruin your relationship?

These situations aren’t new and unfortunately, women are principal prey in this trap.

This is not a stereotypical post done to chastise women. I’m a proud female, a wife too, I must add. Because of my online work, I frequently use social media, especially Facebook, to source my clientele.

It’s not uncommon for me to find wives ranting online about how their husbands don’t understand what they do or they don’t get this or that. Blah! Blah! Blah!

They throw everything out there. Usually, the responses to their tirades aren’t positive. Some are urged to leave their husbands, or “find a new boyfriend” as one Facebook post puts it. No one is willing to take the bull by its horns and denounce these rants; They simply fan the flame.

It’s embarrassing. Instead of taking the ‘high’ and tasteless way and discuss relationship issues on social media, sit your mate down and talk things over. Two adults make a relationship, not tantrum-throwing preschoolers.

Social media friends and followers don’t understand what happens within your relationship, and even if they do, it’s not their place to dictate the next step you take.

Try this. The next time you get in a heated argument with your mate or feel slighted, turn your phone off and talk the issue through. That’s how adults deal with problems.

Kim’s Action Was Foolish; Don’t Be Like Kim – Be Social Media Smart

Teenagers usually need a manual dictating how they use social media. They’re young and we tend to expect anything from them. However, it’s now becoming a trend where adults need to keep under wraps what they do online.

What you do on social media affects your relationship for the better, or worse. Protect what you have. Don’t be like Kim.

Your comments are needed – How did I do? What are your thoughts regarding the information on why social media ruins relationships? Let me know in the comments if you have any suggestions or would like to add to the article. 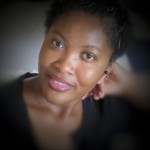 Samantha is a Creative Writer and Blog Strategist with an unhealthy fetish for books and a strong aversion for most insects and bugs. She enjoys scouting Youtube for vegan videos, and when she's not chilling with hubby, she's masterminding the ultimate plan to take over the blogosphere with her wits, creativity, and treasure chest of knowledge. If you're looking for a conversational and professional scribe, with the ability to compose content across various spectrums, Samantha is your go-to creative.

Show us some love by sharing! Cancel reply

Lifestyle Prowess (Lifestyleprowess.com) is a participant in the Amazon Services LLC Associates Program, an affiliate advertising program designed to provide a means for sites to earn advertising fees by advertising and linking to Amazon.com.

...because your family deserves to be happy!

Thank you for subscribing.

we respect your privacy and take protecting it seriously

10 Ways to Deal with Money Problems in a Marriage (and for Singles, Too)

The Foremost Reason Why Marriages Succeed

So, You Want to Be a Successful Dad? Here Are 11 Traits of a Good Father

Your Children and Chores: Why are Chores Important for Children to Do?

How to Use Peppermint Oil for Bad Breath